Landlines Will Soon Become Obsolete, Thanks To VoIP 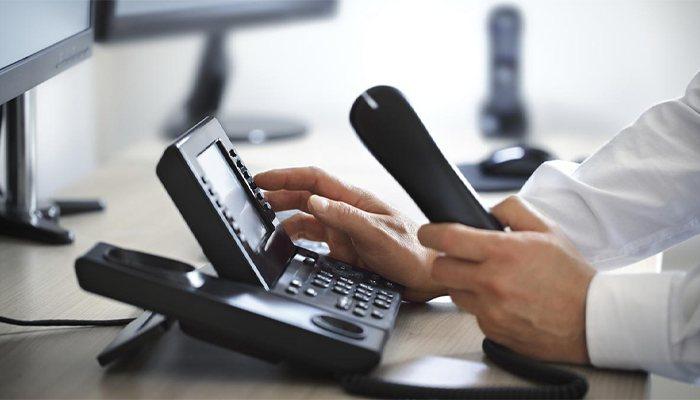 Landlines used to be the main way people communicate with their friends and loved ones in other places or countries. But as technology continues to advance, this also brought better ways to communicate. Smartphone devices, for example, offers a better way for people to communicate with friends and loved ones. This is why many people, especially the younger generation, have removed their landlines and are using smartphones exclusively.

Though there are still businesses and households that are using landlines, another technology will likely make them obsolete. That technology is Voice over Internet Protocol or VoIP, which will allow anyone to make phone calls over an internet connection. And with broadband services continuing to rise, it’s only a matter of time before landlines become obsolete and people rely more on VoIP.

But how does a VoIP phone works? What are its advantages and disadvantages? Will it replace what landlines can offer? Let’s discuss all of this in this article.

How Does VoIP Work?

To be able to make phone calls via the internet, the VoIP technology would be the one to set up the call between all the participants. It would convert the voice into a digital signal and then compresses it before sending it over the internet. As the data is received, it’s uncompressed and converted back to voice, allowing for both parties to have a conversation.

The biggest advantage that VoIP would have, especially for businesses, is that it costs lower. The cost of the initial set up, as well as maintaining your VoIP Phone, is cheaper compared to a traditional landline. You also won’t need an additional phone line since this technology uses the internet. You will only have 1 bill for both your VoIP phone and internet. And since this phone uses the internet, international calls or calls from other devices are usually free.

For example, using your landline to call a smartphone device or a PC will come with a fee. But with a VoIP phone, this is free of charge. You also don’t have to worry about paying extra in case you want to add extra features to your phone like call forwarding, call waiting, and so on. These things are already included so there won’t be any extra charges coming your way for having these features.

Another advantage of VoIP is that it is more flexible than traditional phones. You are limited when it comes to how many phone lines you can have with a traditional phone. This is because it depends on the private internal phone network that’s allotted to you, which means there might be additional costs if you want another line.

VoIP is not only used for traditional calls, you can also use it for sending documents, videos, and images. And the best part is you can do all of these things while still having conversations. This makes it easier for you to engage in more intense meetings with people from different parts of the world.

And if you have internet, but it’s not high-speed, you can expect lower voice quality when you use VoIP for calling. So you have to make sure your area has access to high-speed internet before setting up a VoIP phone.

VoIP is also vulnerable to power outages since it relies on the internet for its connection. Unlike traditional phone lines, which can still be used even with a power outage as long as the phone lines or network are still intact. So this can be a problem if your area suffers from frequent power outages, as you can find yourself without any access to the internet, thus making your VoIP useless.

Harder for Emergency Service to Trace

During emergencies, VoIP phones are also harder to trace. This is because calls come from an IP address, which doesn’t have GPS data or cell tower information to track. This will make it very difficult for emergency services to track a call from a VoIP phone.  Most of the time, this is not an issue, but during emergencies, you will have to be able to communicate properly where you are so the emergency response unit can easily come to you.

If you happen to experience a poor internet connection or your router is inadequate, calls can lag, be delayed, or disappear. As mentioned earlier, voice messages are converted into data, compressed, and then sent to the internet. When these data get properly disassembled or hit a delay, this results in a lag or delay in the call.

This issue, though, is already being addressed with newer and better data algorithms to provide smoother calls. It will only be a matter of time before latency won’t be an issue anymore with VoIP.

Currently, there are still some uses for traditional landlines, which is why there are still businesses that maintain at least 1 landline in their office. But as the VoIP technology continues to improve and develop, it will only be a matter of time before they replace traditional landlines. They are already better to use in every way, offering more flexibility, as well as features that make multitasking easier. And they cost less to set up and maintain, allowing businesses and homes to save money in the long-run.

For now, traditional phones still have a use. But as the internet and VoIP technology evolves and develops, they will soon replace these traditional landlines and make them obsolete.